Sticking to its high-end philosophy through thick and thin has helped McCausland’s Menswear in Tacoma survive for more than 45 years and counting.

There was a time.. 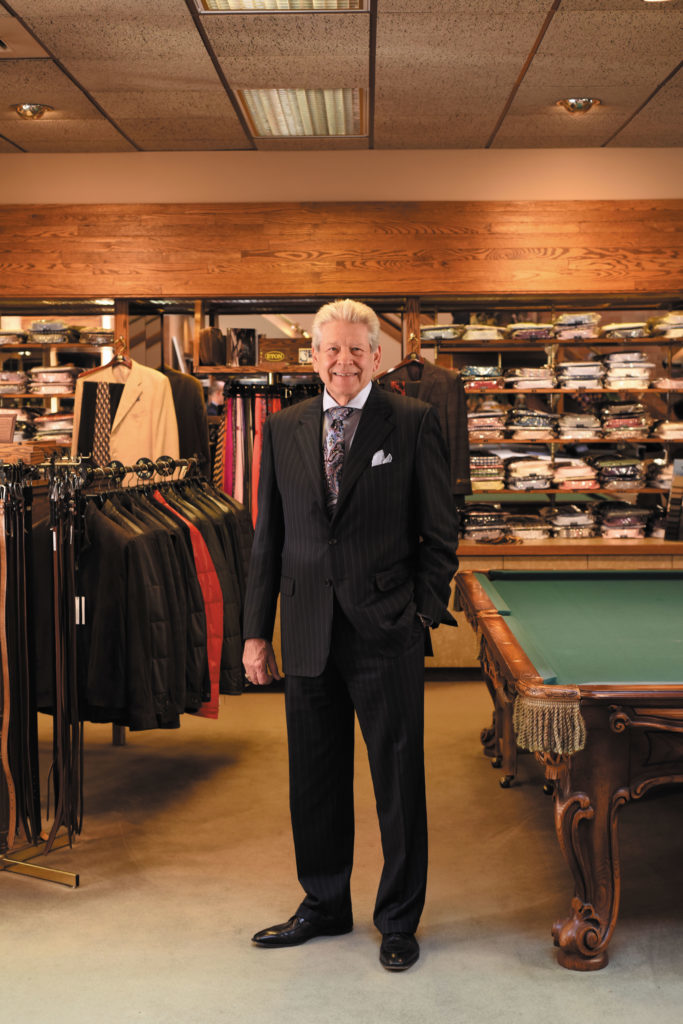 In the early 1960s, Brent McCausland was 19 years old and selling clothes in California’s Bay Area when he was drafted by the U.S. military to serve in the Vietnam War, and relocated to Fort Lewis. After his military service, McCausland landed a job at the Foreman & Clark department store chain, where he worked as the general manager of a half-dozen stores in the Puget Sound region.

By the early 1970s, McCausland was in his late 20s and wanted to open his own clothing store for men.

“I thought it would be easy,” McCausland explained. “You just go to the bank and ask for a loan.”

In truth, it was difficult to find a bank that would loan him money. In a fortunate twist, McCausland met George Davis, a Tacoma businessman who managed his family’s business, Tacoma Millwork Supply Co., and served on First Interstate Bank’s board of directors. Davis and his wife, Mary, an architect, were rainmakers of sorts, helping local small-business entrepreneurs launch their careers.

McCausland mentioned to George the difficulties he was experiencing in trying to secure a bank loan. One day, the Davises invited McCausland to lunch at Johnny’s Dock.

“I was nervous as hell,” McCausland recalled. “But he trusted me, I guess. He asked so many questions about where I was from, what my dad did for a living, what my mom did. He got a good feeling of what kind of person I was. For some reason, he had a lot of faith in me.”

By the end of lunch, George had offered to guarantee a bank loan for $150,000, and told McCausland to call his personal banker and everything would be taken care of.

“That’s how I got started,” said McCausland, who opened a store on South Tacoma Way in 1973. “I could never thank him enough for what he did. George made it possible for me to do everything I’m doing right now.” 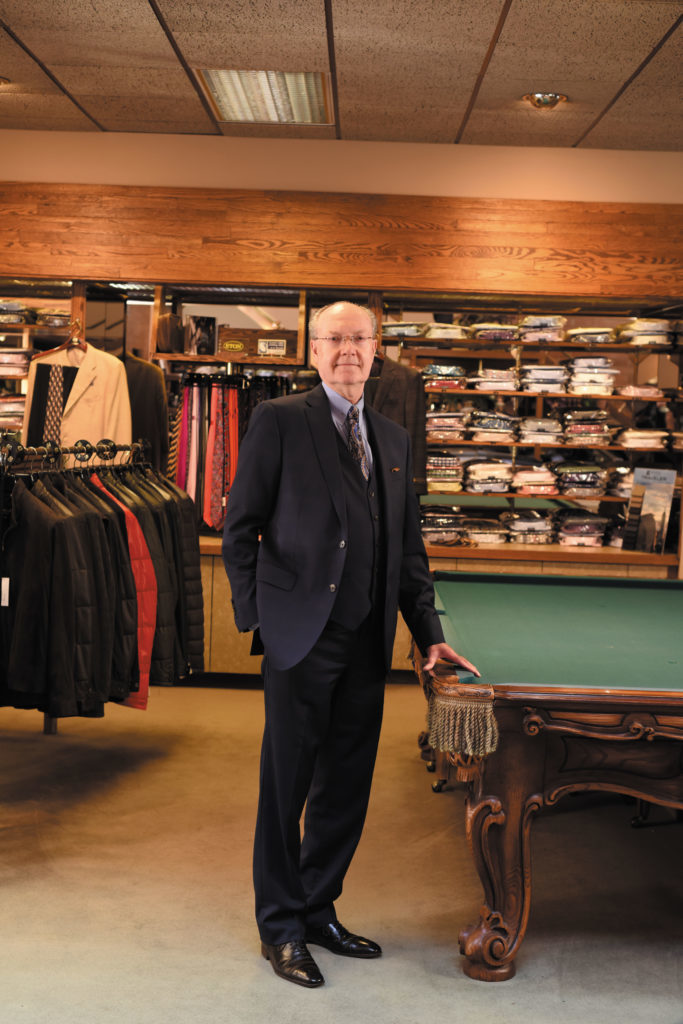 He credits his longevity to being honest and truthful to customers.

“That’s the best policy,” he said. “I just try to get people in the right styles and the right colors because it makes a huge difference. They get compliments on what they bought and, guess what, they come back to see us.”

Drop by and see us!

Visit us today for a style consultation or a wardrobe refresher. We’re always happy to help you find just the right colors and fabrics to look your best for any occasion.

Or send us an email and we’ll be happy to answer any questions you might have.

Our custom fit is 2nd to none

Stop in today for wardbrobe accents you will not find anywhere else. 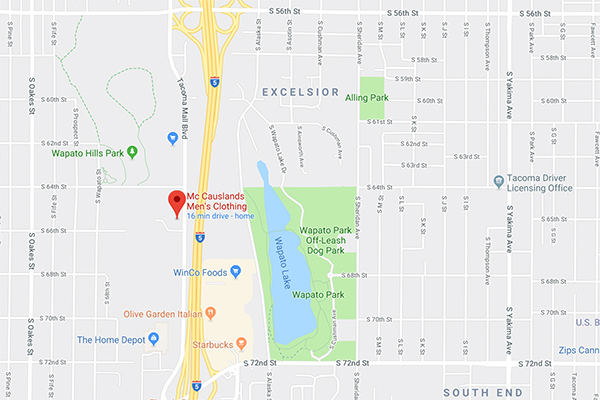